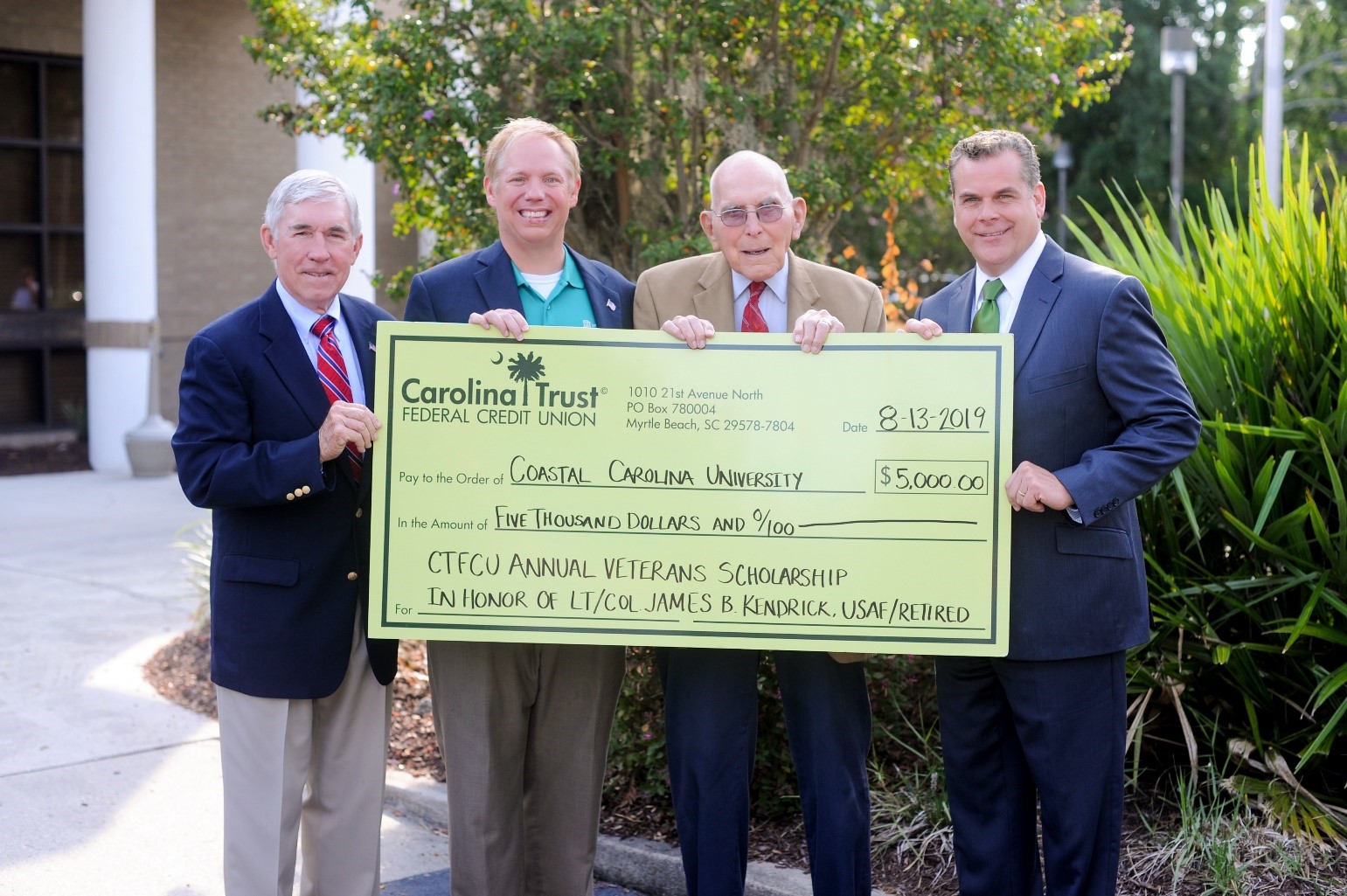 The scholarship will go to Veterans Services at Coastal Carolina University, to help support military veterans and participants in the ROTC program.

Colonel Kendrick served as a USAF pilot during World War II. He started his extensive career in 1936 whenever he entered The Citadel in Charleston, SC and became interested in flying. Although be never anticipated becoming a fighter pilot, he fulfilled many successful missions throughout his distinguished military career. During his military career he learned to fly over 14 different types of airplanes including a WWI plane that had no brakes and no radio. His favorite plane is the B-25.

After WWII, Lt/Col. Kendrick was stationed in Washington, DC and Germany before he retired in Myrtle Beach, in February 1968, after 28 years of service.

About Carolina Trust: For over 60 years, Carolina Trust Federal Credit Union has provided our members with a better way of banking. As a not-for-profit financial cooperative, the Credit Union returns profits to member/owners through competitive rates, lower fees, personal attention and innovative services. Membership is open to residents and business owners of Horry, Georgetown, Marion, Williamsburg, and the southern part of Florence County, SC as well as Brunswick County, NC. To learn more about Carolina Trust Federal Credit Union, call 843.448.2133 or visit www.carolinatrust.org, and on Facebook at www.facebook.com/CarolinaTrustFCU.